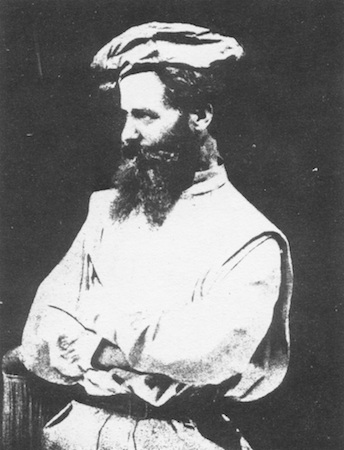 Many upper-class Argentine families were proud of their Italian heritage, so quite a bit of Italian art can be found in Recoleta Cemetery. Born in a small town in Piemonte in 1837, Giulio Monteverde moved with his family to Genoa & began his artistic career there at the age of nine. A very young apprentice! Later he studied in Rome & eventually became a professor at the Academy of Fine Arts. By the 1870s, Monteverde drew critical acclaim for his statue of a young Christopher Columbus & a work titled The Genius of Franklin… a young angel holding a lightning rod.

Monteverde indirectly influenced Recoleta Cemetery by teaching two famous sculptors who would leave works inside: Victor de Pol & Lola Mora. But he would also leave one piece of his own. When the entrance gate of Recoleta Cemetery was enlarged in 1881, architect Juan Buschiazzo incorporated a chapel for families to hold a final service. Who better to decorate that chapel than the famous Monteverde? His crucifixion statue is often missed since visitors rarely stop inside. Take a moment to appreciate this wonderful work of art: 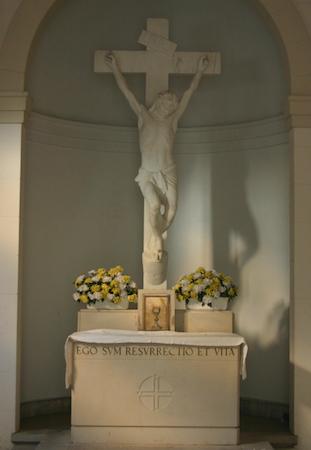 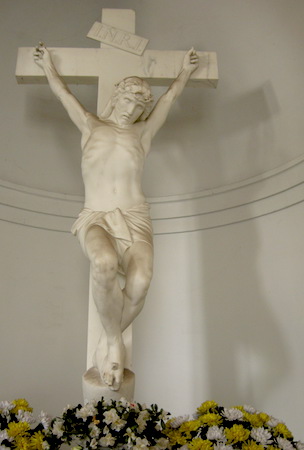 Monteverde also made one of the most recognized pieces of funerary art for the Monumental Cemetery of Staglieno in 1882 (first photo below). Often referred to as the Angel of Death or the Angel of Resurrection, a copy exists in Recoleta Cemetery on the Llambi Campbell family vault (second photo below): 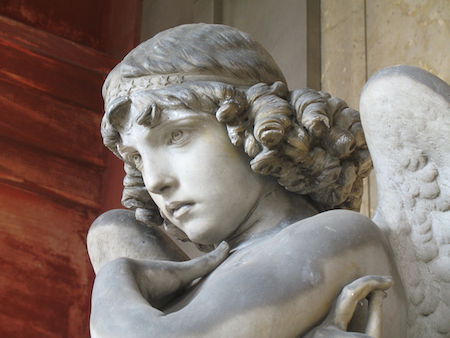 He was also hired to produce a monument for the city of Buenos Aires dedicated to Giuseppe Mazzini, who fought for the unification of Italy & popular democracy. The 1879 statue can be found in Plaza Roma: 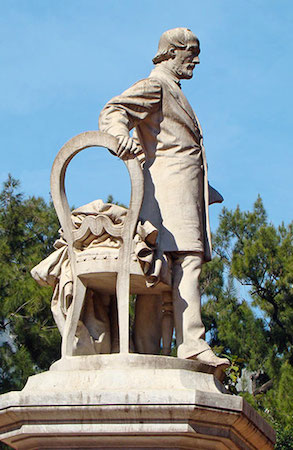 Monteverde passed away in 1917, leaving behind a legacy of art & beauty. Most of the plaster studies for his sculptures can be found today in the Gipsoteca Monteverde in his birthplace of Bistagno.