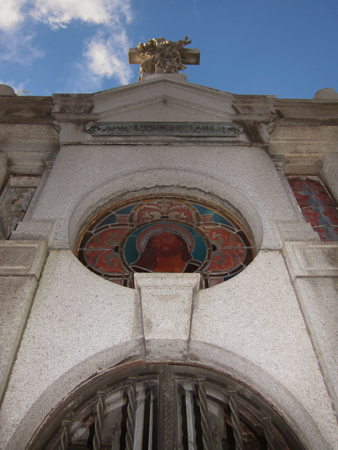 Born in 1880—just as Argentina settled decades of internal conflict & millions of immigrants began to arrive—Alfredo Palacios would be remembered as the first Socialist Party member elected to any congress in Latin America. Palacios’ early life was not easy, especially after his Uruguayan father decided to recognize legally all 19 of his children… Alfredo being one of the illegitimate ones. This meant little money in the household, but Palacios worked hard to get a good education.

Noticed for his oratory skills even as a teenager, Palacios eventually graduated with a law degree. Committed to helping the underdog, his doctoral thesis titled “La Misería en la República Argentina” went hand-in-hand with a sign posted at his residence/office: “Lawyer. Free services for the poor.” 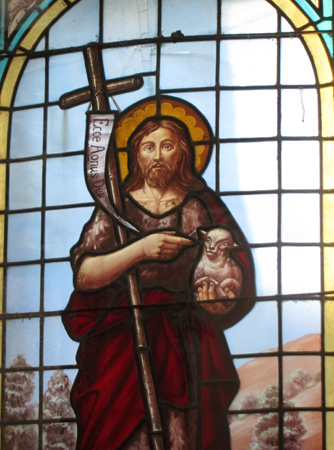 Palacios experienced a memorable first term in Congress when he uncovered & exposed money laundering in—of all things—the construction of the national Congress building itself. Briefly kicked out of the Socialist Party for wanting to settle a disagreement with a duel, he continued to be active in various universities & traveled extensively throughout South America. Palacios opposed US intervention in Latin American affairs during the 1920’s as much as he opposed the 1930 military coup in Argentina. 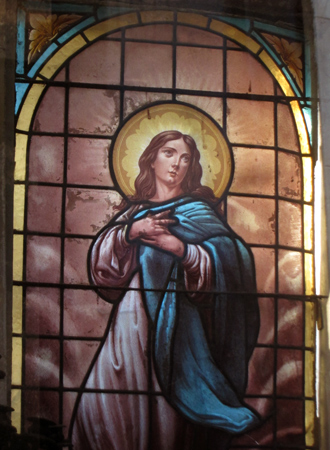 Other causes dear to Palacios were repatriation of the Falkland Islands, better health care & living conditions in northern Argentina & in 1938 he tried to pass a bill for female suffrage. He remained at odds with Perón & had brief conflict with every administration afterwards. Palacios always remained true to socialist principles, even giving half his income to the Socialist Party. 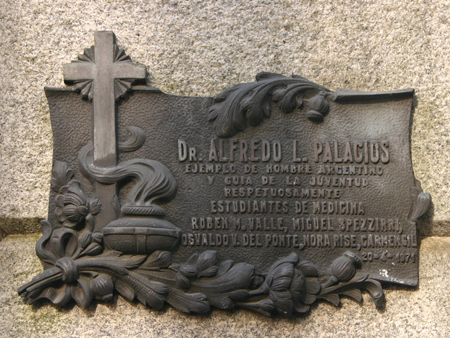 In 1965 while serving as a diputado in Congress, Palacios passed away with practically no money to his name. He never married & had no children, so I’ve been unable to determine how or why he was buried in the Arroqui mausoleum. Perhaps a brother or sister married into the Arroqui family? If anyone has additional information, please post a comment below.