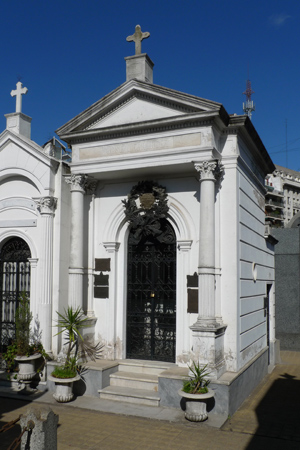 In 1834, José Rafael Hernández y Pueyrredón was born in the Province of Buenos Aires. His parents & relatives had property near Buenos Aires, so he spent most of his childhood in the big city. At the age of 9, his mother passed away. Diagnosed with respiratory problems, doctors recommended a change of climate for Hernández. He went to live with his father who ran ranches for Juan Manuel de Rosas… a great opportunity to learn the gaucho lifestyle.

Hernández began a military career in the 1850s. On & off, he participated in many of the decisive battles to determine if Buenos Aires would become the capital of Argentina. But a career in journalism lured Hernández away from the military. Already an established member of the literary community, his greatest work began to be published in 1872 as a newspaper series under the title “Martín Fierro.” José Hernández passed away in 1886. Martín Fierro has been adapted in many formats since then, & many Argentines continue to identify with this classic piece of literature. Both texts can be found here, & it is often presented in comic format for a younger audience: 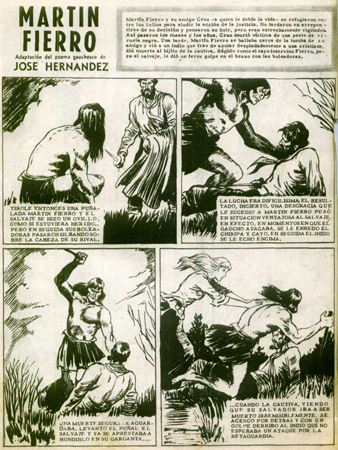 Despite his contribution to national identity, the tomb of José Hernández is rarely visited these days. It was made a National Historic Monument in 1946, & the following plaque was placed in 1964 on the 130th anniversary of his birth: 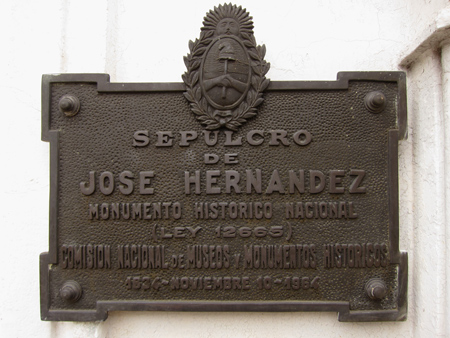