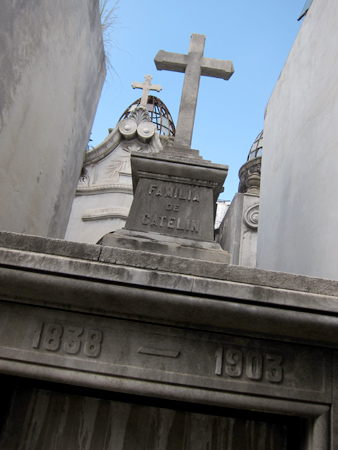 Prosper Catelin, often referred to by the Spanish version of his name—Próspero—was born in France in 1764. After immigrating to Argentina, his technical skill modernized the city of Buenos Aires. Catelin directed the Department of Engineers/Architects during the presidency of Bernadino Rivadavia in the 1820’s & worked alongside some of the early greats of Argentine architecture, most notably Pedro Benoit.

Some of Catelin’s works survive today, even though they are almost 200 years old. The recently restored Sala de Representantes for the local government sits inside the Manzana de la Luces in downtown Buenos Aires: 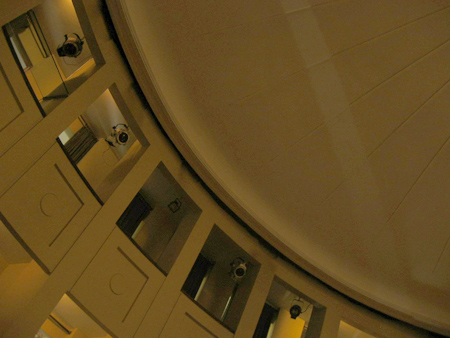 Working with Benoit, Catelin designed the façade of the Catedral Metropolitana on Plaza de Mayo. Complete construction of the cathedral would take some 300 years, & the façade & its freize were final touches. Strikingly Neoclassical, it is said to have been inspired by the Palais Bourbon or the Madeleine in Paris… structures that were surely familiar to Benoit & Catelin: 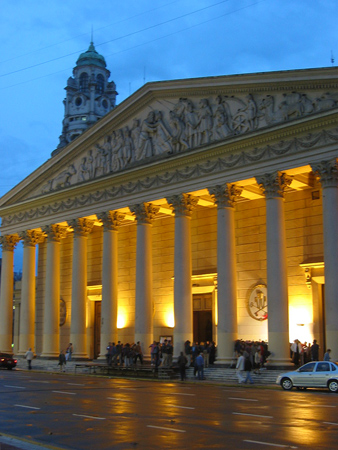 Most relevant for this blog is that Catelin designed the initial layout of Recoleta Cemetery when it opened in 1822. Remember that the cemetery’s early appearance was quite different from its look today, with much more greenery & several dirt paths to stroll through the gated plots: 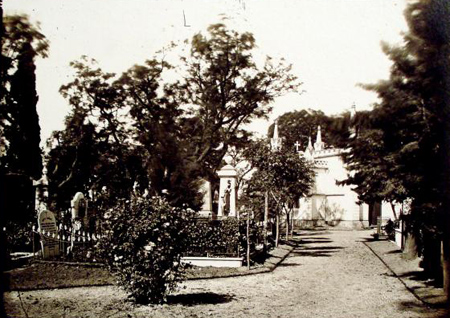 Final image is Photo #347 from the Colección Witcomb: dozens of Buenos Aires photographs taken at the end of the 19th & beginning of the 20th century.