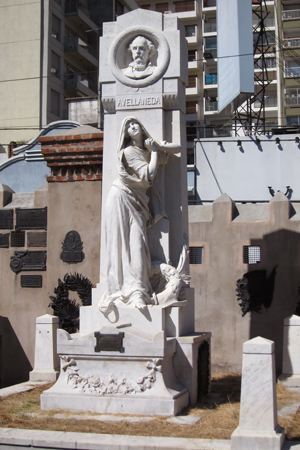 Born in San Miguel de Tucumán in 1837, young Nicolás had to cope with the death of his father, Marco Avellaneda, around the time of his fourth birthday. For opposing Rosas, Marco’s severed head was placed on a pike in the main square as an example to all. The family immediately moved to Bolivia. 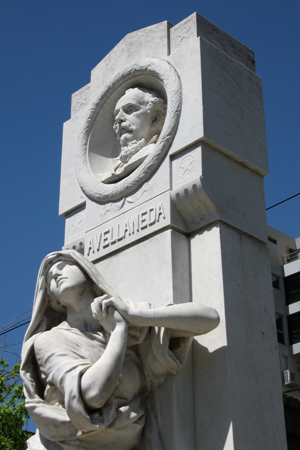 Nicolás eventually returned to Argentina to study law & became a well-known journalist. His political career began in 1859—at the age of 22—after being elected to serve in Congress. During the presidency of Domingo Faustino Sarmiento, Avellaneda served as Ministro de Justicia, Culto e Instrucción Pública & helped create free, public education in Argentina.

At the end of Sarmiento’s term, Avellaneda was elected President. His main rival, Bartolomé Mitre, claimed electoral fraud & found military support… but Avellaneda quickly ended the rebellion & even pardoned Mitre in order to ease political tension. Avellaneda got to work quickly, getting approval of an immigration law which attracted millions of Europeans to Argentina & changed the country’s identity forever. He also attempted to balance the budget & appointed Julio Argentino Roca to “conquer” the desert lands of Patagonia. 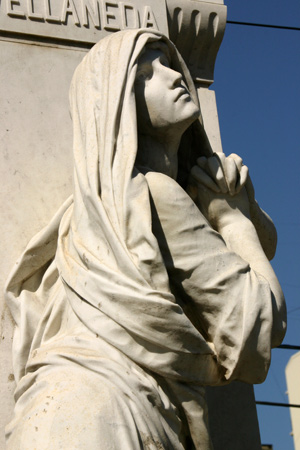 Avellaneda even tackled one of the biggest issues in Argentine history: the federalization of Buenos Aires. It caused another rebellion lead by Carlos Tejedor, forcing the President to abandon BA & move the national government to Belgrano. But Roca eventually defeated Tejedor & by the end of Avellaneda’s term in 1880, Buenos Aires became once & for all the capital of Argentina.

Avellaneda remained in politics, serving as Senator for his native province & establishing autonomy for all national universities. He & his wife traveled to Europe in 1885, hoping to find a cure for his kidney problems, but Avellaneda passed away on the boat trip back to Argentina at the age of 48. He accomplished a lot during his lifetime, including fathering 12 children! 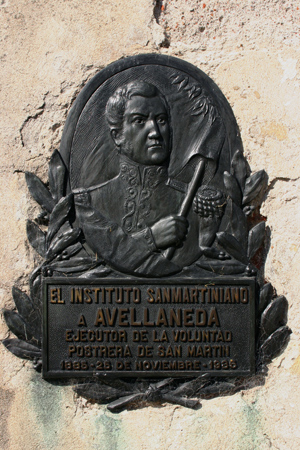 Somewhat hidden at the base of the statue is the Latin phrase: In Dicendo Princeps… roughly translated as “Master of Speech.” 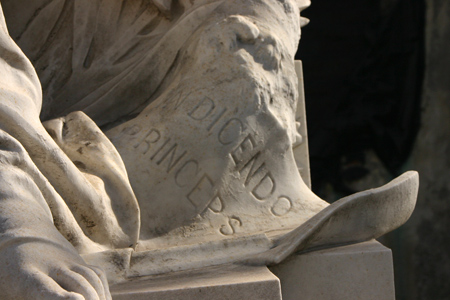