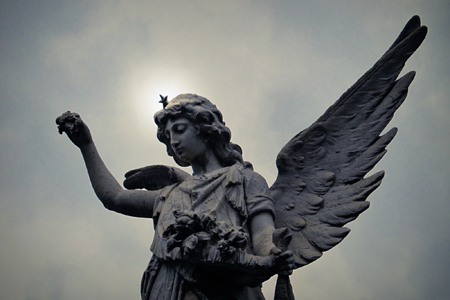 Published by Robert on 7 January 2013 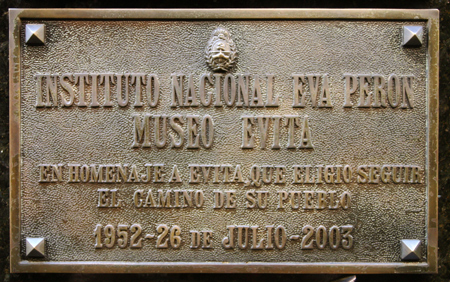 Naturally, most plaques on the Duarte family mausoleum pay homage to its most famous member: Eva Perón. Varied organizations, such as the large CGT workers’ union & residents of her home town, make expected appearances. However, the most surprising of the bunch would be the Sindicato de Peones de Taxis… the taxi drivers’ union. I wonder what connections they had in order to obtain family permission to post a plaque: 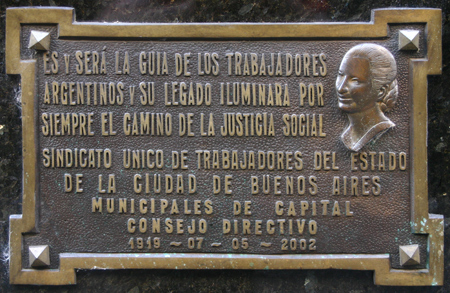 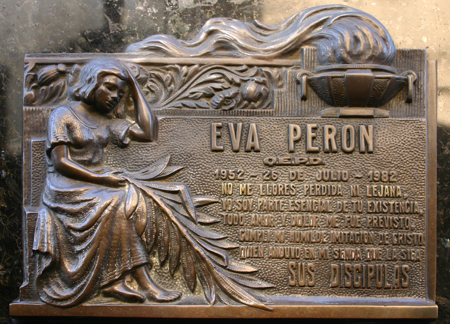 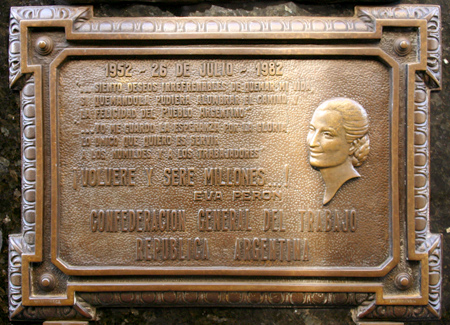 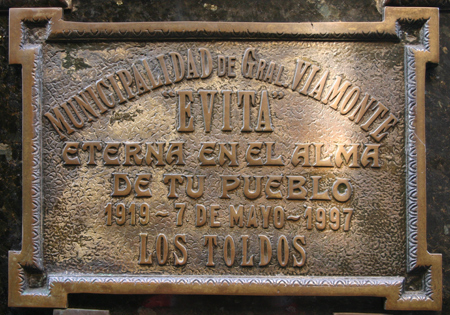 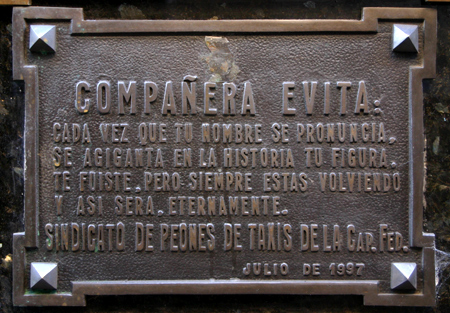 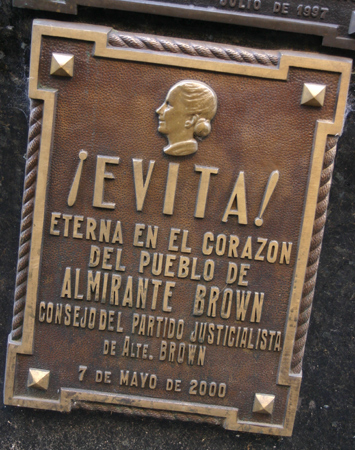 Other family members also share the limited space. Eva’s brother, Juan Duarte, supposedly committed suicide, but several historians have proposed that he fell out of favor with Perón after Eva died… perhaps with Perón even ordering Juan’s murder. We will likely never know the truth: 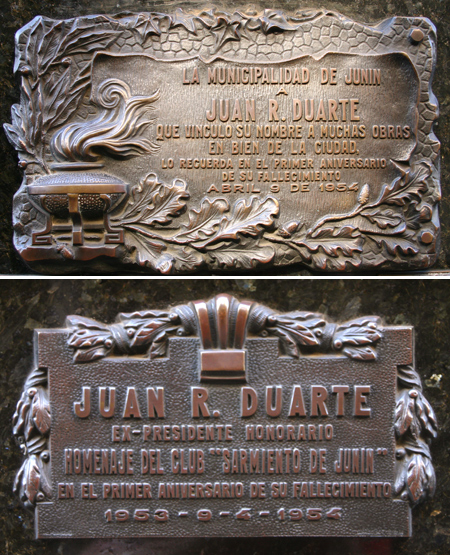 Finally, three plaques are for Major Alfredo Arrieta, husband of Eva’s sister, Elisa. He retired from the military in 1938 then served as senator for the Province of Buenos Aires from 1946 until his death in 1950: