Art fans know that Luis Perlotti was one of the most important sculptors in Argentina during the 20th century. Most of his works date from the 1920s to 1940s, so his style tends toward Art Deco. Another big influence on Perlotti was the indigenous population of Argentina. He was killed in a car crash in Uruguay, & his house/workshop in the neighborhood of Caballito was donated to Buenos Aires to use as a museum. I tried to go several times before it was shut down “for renovation.” Last time I checked, the whole house had been demolished. Who knows what they’re doing now.

But most people may not be aware that there’s a lot of Perlotti to be seen in Recoleta Cemetery. Chacarita Cemetery has quite a bit too. Evidently he was so popular that families commisioned a number of works by him to remember their loved ones.

The famous Firpo statue was done by Perlotti: Plaques by Perlotti are the most abundant. Just look for the signature: For me, his most significant piece in Recoleta Cemetery is a 1946 relief for Francisca Olivera de Pignetto. Similar to a monument for author Alfonsina Storni in Mar del Plata, Francisca’s gown flows beautifully & the fading image of someone she loved expresses a lot of emotion: The bulk of Perlotti’s art is on display at the city’s central museum office in Puerto Madero. He has other major works scattered around Buenos Aires (seek out the sculpture group in Parque Los Andes in the barrio of Chacarita) as well as in cities throughout the entire country.

Update (17 Apr 2013): The Museo de Esculturas Luis Perlotti has reopened! Formerly located in the sculptor’s house/workshop, conditions became so bad that works were transferred to Puerto Madero while a replacement museum was built. His body of work can now be seen in a nicely lit space in the barrio of Caballito: 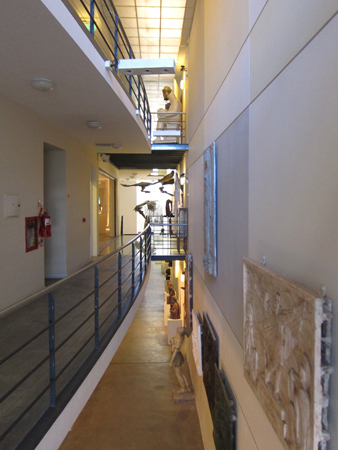 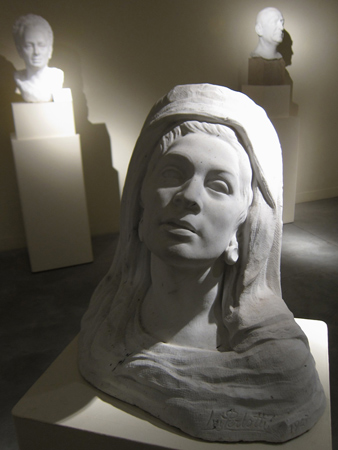 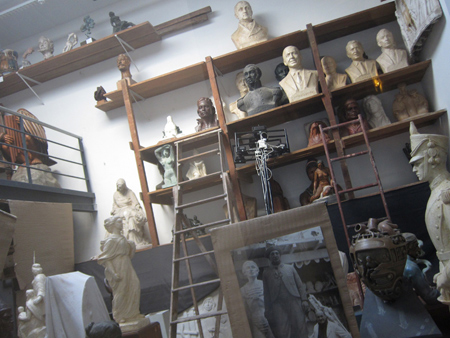 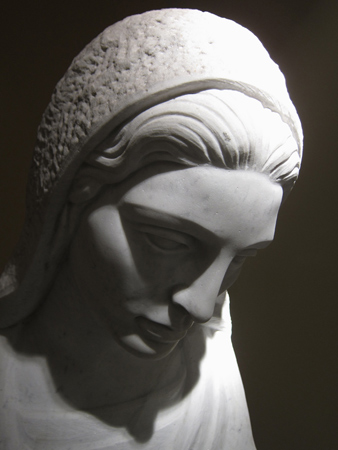