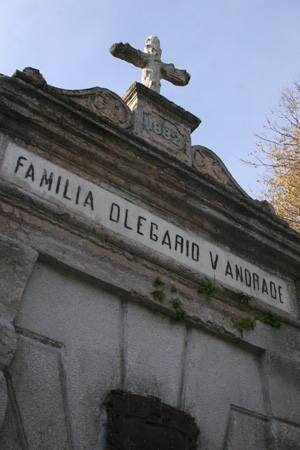 During the period of national organization after independence from Spain, many families had to make a difficult decision: support a Confederation of provinces or a Buenos Aires-based government. Escalating into civil war, factions split between Urquiza & Rosas… in fact, many people on both sides are buried in Recoleta Cemetery & this blog dedicates a lot of text to this period. Based in the province of Entre Ríos & firm Urquiza supporters, the Andrade family was forced to leave Argentina. They made their way to neighboring Brazil where Olegario Víctor Andrade was born in 1839. After the 1853 defeat of Rosas, his family returned to Argentina & settled in the riverside town of Gualeguaychú.

Olegario finished his early studies in the nearby town of Concepción del Uruguay & became friends with a future President Julio Argentino Roca… as well as with others who would go on to become important national leaders such as Victorino de la Plaza & Eduardo Wilde. Olegario demonstrated a gift for writing poetry even at this early age, often writing about national events. Although he worked in journalism at first, he eventually moved into provincial politics. In 1859 at the age of 21, Andrade became personal secretary for President Santiago Derqui & put his pen to good use in criticizing Bartolomé Mitre & the War of the Triple Alliance. 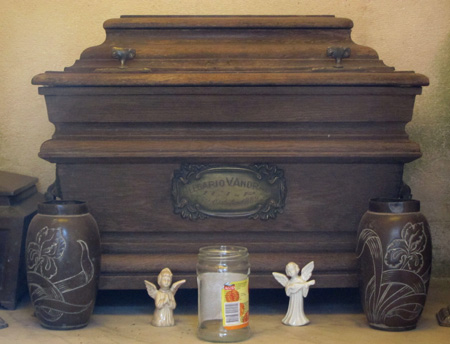 Although his political career continued with a number of ups & downs, Andrade achieved major recognition for his poem “El nido de cóndores” which was read to the public at the Teatro Colón in 1877. This work uses an imaginary dialogue with condors to praise the crossing of the Andes by José de San Martín & his troops during independence. A monument in Plaza San Martín in Andrade’s hometown of Gualeguaychú commemorates this very poem: 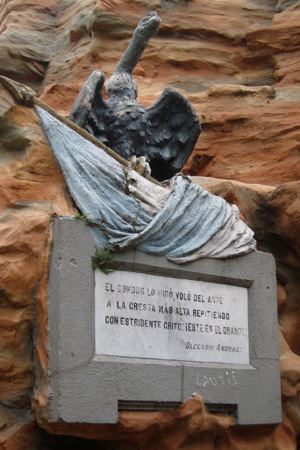 Andrade continued to write epic historical poetry. Of note is “San Martín“, discussing the general’s move to Europe & consequent disappearance from national narrative. This poem was written when Sarmiento repatriated the general’s remains in 1877, & the section below addresses the recovery of San Martín’s rightful place in national history:

Here’s to the victor! Here’s to the greatest
Among all great heroes! Exclaimed
Multitudes of citizens, military troops,
With heartfelt joy,
In the old city of the Vicerroys.-
And the victor fled,
With convincing step and serene demeanor,
To trust to the waves of the seas
The deep secrets of his sorrow.-

Ingratitude, envy,
Cowardly suspicion, that followed
Like tenacious clouds,
To the sun of human genius,
They pursued the track of his footsteps
Across the Ocean,
Anxious to block the path
Of power and glory,
Without remembering, fools!, to close off
The sure path of history!

Andrade passed away from a stroke in 1882. His former high school friend Roca—then President—spoke at the funeral, & five years later Congress published a compilation of Andrade’s works. Today however, those works are unfortunately less well known as can be seen by the poor condition of his family mausoleum (in spite of being declared a National Historic Monument). Also buried here are his daughter, Agustina, & her husband, Ramón Lista, an early explorer of Patagonia who deserves a post of his own. Perhaps next month… 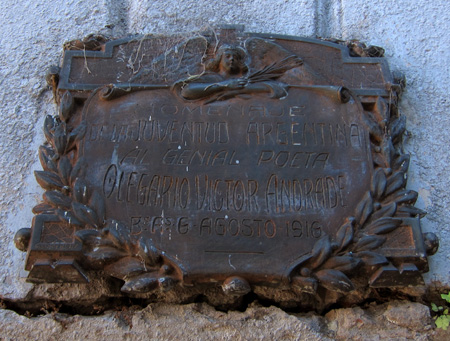