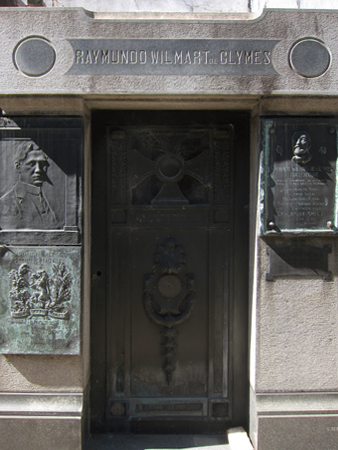 Tucked away in the seemingly infinite rows of mausoleums in the southern corner of the cemetery, the little information online about Raimundo Wilmart is as surprising as his full name is long.

Born in 1850 in Jodoigne-Souveraine, a small town in the center of Belgium, Wilmart arrived in Argentina at the age of 22. He had a single purpose: to visit the Asociación Internacional del Trabajo (AIT). Recently formed, the industrial union followed European principles based on ideas put forth by Marx & Engels. In short, Raimundo Wilmart came to Argentina to see if scientific socialism was being put into practice in Argentina. 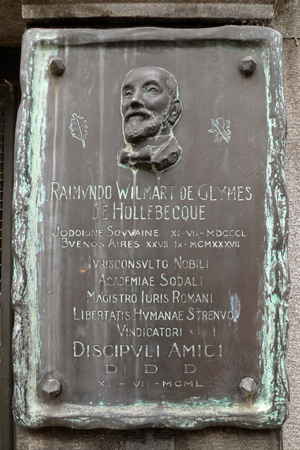 Wilmart had previously attended the 1872 AIT conference in The Hague where he was commissioned to travel to Argentina. Immediately after arrival, he scoped out the situation & wrote three letters to Marx. The Argentine AIT had 250 members at the time, but proletarian struggle failed to unite the group. Wilmart reported that the group constantly separated into national cliques, based on the immigrant’s country of origin. He even handed out free copies of Das Kapital but felt like no one ever read the book!

Disappointed, Wilmart planned to return to Europe but never did. After studying law in Córdoba, he moved up in social circles & became a judge in Mendoza. In 1899, Wilmart returned to Buenos Aires & joined the law school faculty. He even formed part of the committee which failed to approve the doctoral thesis of Socialist Alfredo Palacios… Wilmart made a 180º turn in his politics, supporting capitalism & failing to sympathize with factory workers. 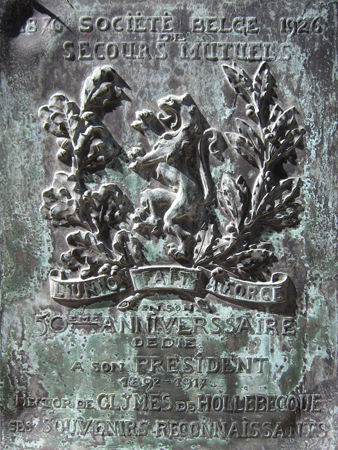 Wilmart visited his homeland in 1909, returned to Argentina & died in Buenos Aires in 1937. Letters he received from Karl Marx were lost forever, burned by his daughter in fear of tarnishing her father’s reputation.