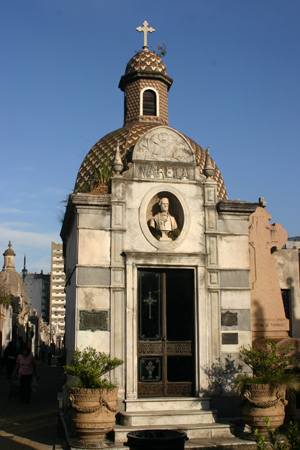 Florencio Varela was born in Buenos Aires in 1807 (pre-independence), with his father passing away when he was only 11 years old. As a child, he earned a grant to attend the Unión del Sur school, recently founded by General Juan Martín de Pueyrredón. His university studies began four years later, & in 1827 he obtained a doctorate in Law.

While studying, Varela wrote his first literary piece & was published in newspapers edited by his older brother, the famous poet Juan Cruz Varela. Florencio’s brother also inspired Unitarian ideas that led him to leave Argentina in 1829 after Lavalle ordered the execution of Manuel Dorrego. Complicated times. 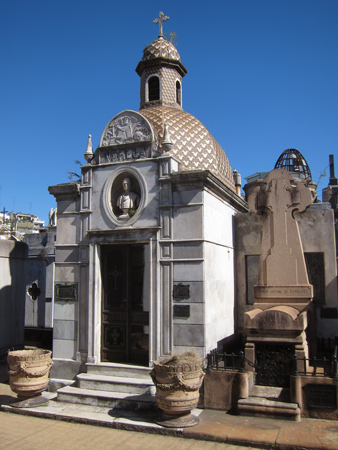 Exiled in Montevideo, Varela married Justa Cané, had 11 children & spent most of his time working as a lawyer. But during this period, Varela came to be known as much for his literary talent as for his flair for politics. He participated in early elections in Uruguay, supporting Fructuoso Rivera over General Manuel Oribe who shared ideas similar to those of Juan Manuel de Rosas.

In 1843 while Montevideo remained under siege by Oribe, Varela was sent to Europe in an attempt to obtain English & French support against the growing influence of Rosas. The UK turned a deaf ear to Varela although he took advantage of the trip to visit museums, monuments & factories. Later in Paris, he met with Alphonse Thiers, & the French Congress agreed to put the struggles in the Río de la Plata on their agenda.

In the French capital, he also conversed with the aging General José de San Martín & met Louis Daguerre who explained to Varela details of the latest invention: photography. He brought back to the Río de la Plata one of the first early cameras. The daguerrotype below is of Varela & his daughter, María, taken by an unknown author in 1847. 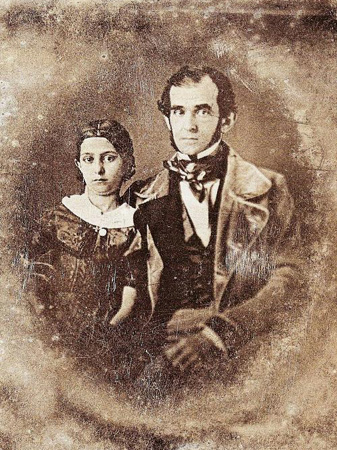 On 20 Mar 1848, Florencio Varela was stabbed in the back & murdered. His assassin declared on trial that he had been sent by Oribe’s men. Interestingly enough, Florencio Varela’s ashes lie among many members of his family, but his wife is not here. After the assassination of Varela, Justa Cané married again —to Doctor Andrés Somellera— and her remains are in that family’s vault. Justa survived Varela by more than half a century, passing away in 1910. 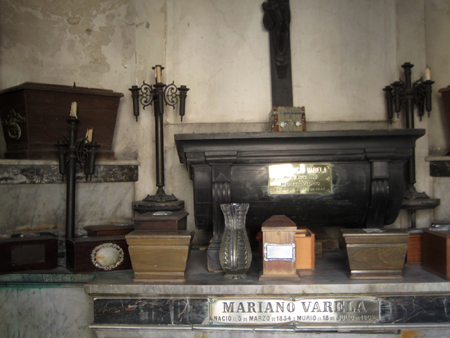 One of the most populated areas of the Province of Buenos Aires commemorates the reporter since 1891. In 1883, that same province also issued a bill with portraits of Valentín Alsina & Florencio Varela with the value of 2 gold pesos: